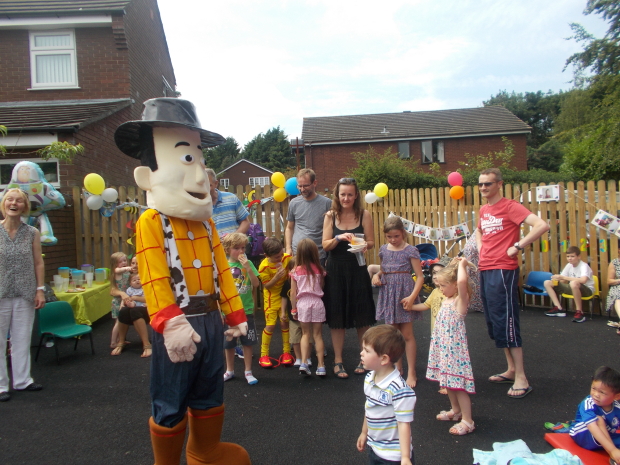 Parents of all two-year-olds will benefit from 15 hours a week of free childcare under Liberal Democrat pre-manifesto plans to be unveiled today.

The £800m proposal is likely to be one of the most expensive in the 80-page Liberal Democratic pre-manifesto document containing 300 separate ideas, which will be revealed by the deputy prime minister, Nick Clegg, and the party’s manifesto co-ordinator, David Laws. The commitment to raise the personal tax allowance to £12,500 before increasing the national insurance threshold will form a big part of the package.

Clegg is anxious not to be forced to make a distinction between policies that are red-line issues in any future coalition negotiation and those that might be discarded in such a scenario. But Lib Dem officials said they would make the childcare pledge one of its most important because it symbolises the party’s commitment to equal opportunities for all, the central theme of the manifesto.

The government has already significantly expanded free childcare – with all three- and four-year-olds, and two-year-olds from poorer homes, now eligible for the equivalent of 15 free hours a week. At present 40% of parents are eligible for childcare for two-year-olds.

The plan for free childcare for all two-year-olds would be paid for in part by scrapping the Conservative party’s plans to introduce a tax break for some married couples. The Lib Dems’ long-term ambition, as resources allow, is to deliver the equivalent of 20 free hours to all children between the ages of two and four years, and to all children between the ages of nine and 24 months where both parents work.

This would cost more than £2bn and might not be achieved in one parliament.

Jo Swinson, the Lib Dem industry minister, said: “This is ultimately a fundamental difference in values. Liberal Democrats want to help all families with childcare support and nursery education right the way through from the end of parental leave to the start of school.

“The Tories are more bothered about helping only some couples through a married couples’ tax break.”

Healthy eating at our Day Nursery in Liverpool

Posted On 10th August 2015 ~ 0 Comments
Our Day Nursery in Liverpool encourages great nutrition by ensuring all children receive their five portions of fruit and vegetables each day. The children are

Fresh produce at our day nursery in Liverpool

Posted On 19th August 2015 ~ 0 Comments
The children in our day nursery in Liverpool have been enjoying exploring the outdoor environment. They have enjoyed clearing out our vegetable patch using the

Posted On 26th November 2015 ~ 0 Comments
Our Liverpool Day Nursery will be taking part in the annual Road Safety week from Monday 23rd November until 29th November 2015. This is the